The Sectorial Armies have their own distinct Army Lists with troop Availabilities different from the generic Army of the faction they belong to. They will often have greater access to specific units at the cost of not being able to access others units from their generic Armies, which in turn belong to other Sectorial Armies of the same faction.

The Sectorial Army Lists are completely official and tournament valid; they can be used in the ITS (Infinity Tournament System).

In the Haqqislamite Sectorial Army of Qapu Khalqi, players may field up to five Odalisques, as well as one Mobile Brigada from the Nomad Nation and up to three Yuan-Yuan Mercenaries. Players cannot however field any Hassassin troopers or a Murabids Tuareg. 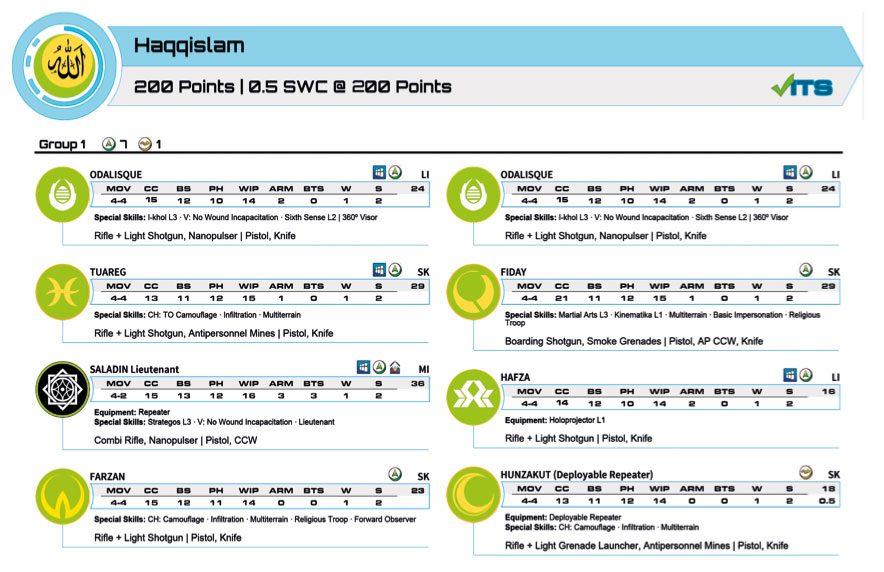 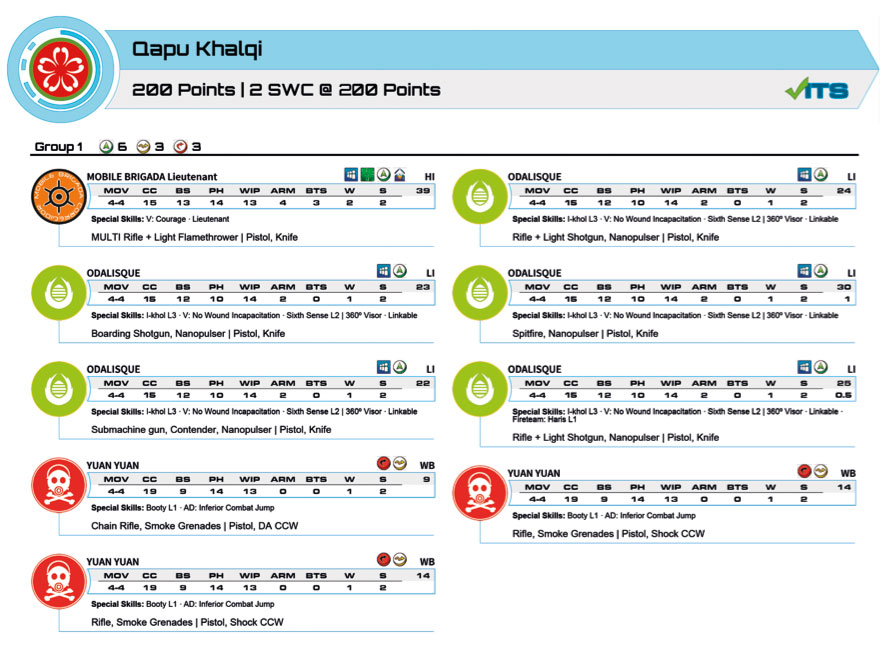 The Military Orders Sectorial Armies are thematic, centered on a specific Military Order chosen by the player. The entry "Order Knights" with AVA 4 means that players may field up to four Knights belonging to the same order (for example, four Hospitallers).

On the other hand, the "Confrère Knights" are those belonging to other Military Orders that cooperate with the one the player has chosen. The entry "Confrère Knights" with AVA 2 indicates that up to two knights belonging to any other Order (for example, a Montesa and a Teuton in an Army of the Hospitaller Order, or two Knights of Santiago). 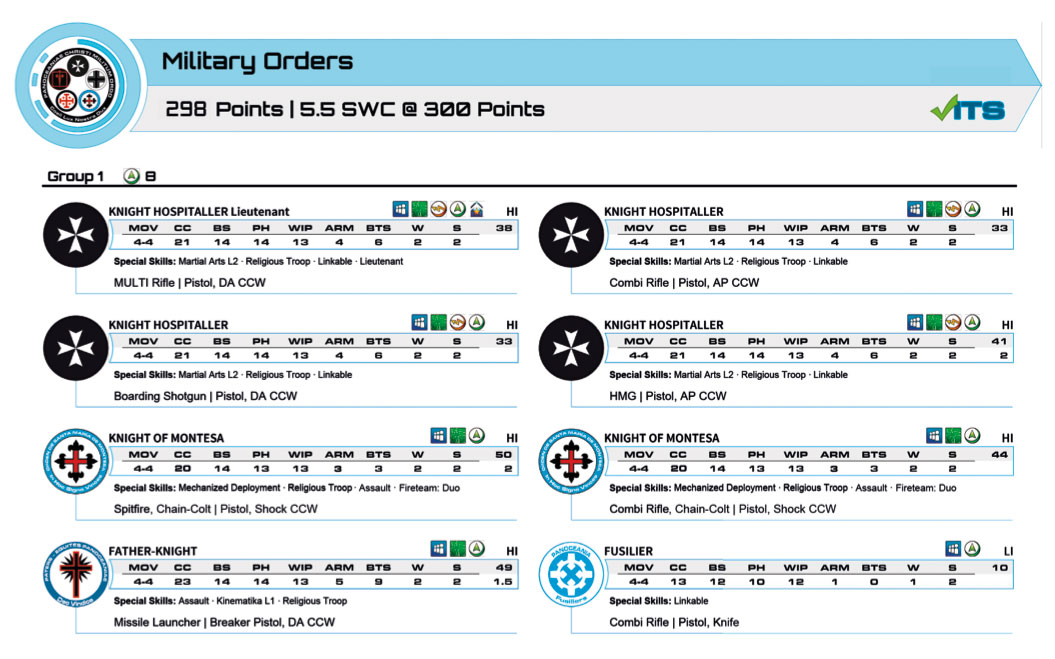